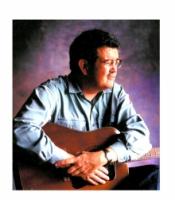 James Talley, a life member of AF of M Local 257, is a singer-songwriter whose vision of the American experience, as author David McGee has said is “startlingly original.” Legendary music producer, Jerry Wexler, has said, "You remain for me one of America's greatest songwriters." CMT columnist, Chet Flippo, called him "One of the best singer-songwriters to ever come out of Nashville." Over the years Johnny Cash, Johnny Paycheck, Gene Clark, Alan Jackson, Hazel Dickens, Moby and others have recorded his songs. Blues great, B.B. King, played his first Nashville session with James in 1976. James performed twice at the White House for fans, Jimmy and Rosalyn Carter. In a distinguished recording career that now spans more than a quarter-century he has released more than a dozen albums of original music. Author Peter Guralnick has said, “The albums are testaments to the best that Nashville and country music have to offer.” www.jamestalley.com

James Talley, a life member of AF of M Local 257, is an Oklahoma born folk-country-blues singer/songwriter, whose career now spans forty years. His name has been mentioned alongside Woody Guthrie, Merle Haggard and Bob Dylan, and praised for the quality of his songwriting and wise, expressive voice. Noted author and music critic, Peter Guralnick has said of James' work, "There are few singer-songwriters who could produce a collection of such magnitude coupled at the same time with such lightness, beauty, and all-out social conscience. Woody Guthrie never wrote a more direct or affecting song than "Richland, Washington"; Bruce Springsteen never wrote a more powerful one than "Tryin' Like the Devil." As a youth, his family moved from their home state of Oklahoma to the state of Washington, where his father worked as a chemical operator in the now infamous Hanford plutonium factory. After five years in Richland, Washington, and realizing the hazards his fathers employment presented, the family relocated to Albuquerque, New Mexico, and the rich tri-cultured environment of the Southwest. After graduating from the University of New Mexico with a degree in fine arts, James, after encouragement from Pete Seeger, began to write songs that drew upon the culture of the Southwest that he experienced growing up. These early songs eventually became The Road To Torreòn, a saga of life and death in the Chicano villages of northern New Mexico. These powerful songs sat on the shelf in Nashville until the German Bear Family Records finally released the project in a beautiful box set edition in 1992, over twenty years after it was originally written. It is a moving collaboration of photography and music, akin to James Agee and Walker Evans' Let Us Now Praise Famous Men, with a photographic essay by James' lifelong friend, renowned photographer Cavalliere Ketchum. Although never released in the United States, it is still available as an import at Amazon.com. In 1968 James moved from New Mexico to Nashville, Tennessee to try and get his songs recorded. He soon discovered, however, that the commercial music business was not attuned to that kind of honesty. The late John Hammond, Sr. at Columbia Records in New York was his first mentor, and championed his writing in the early 1970s, as he had the careers of Bob Dylan, Leonard Cohen and Bruce Springsteen. When Hammond could not get James' more country-flavored sound signed at Columbia in New York, he sent him to Jerry Wexler, whose Atlantic Records was starting a new Country division in Nashville at the time. Wexler signed James to his first recording contract at Atlantic Records in 1972 along with Doug Sahm and Willie Nelson. Atlantic's Nashville operation, however, did not do well at the time and Atlantic closed its Nashville office. James, however, remained lifelong friends with Jerry Wexler, who he considers gave him his first start and continued to encourage him. James then moved to Capitol Records where he released four now legendary albums during the mid-1970s: Got No Bread, No Milk, No Money, But We Sure Got a Lot of Love (1975); Tryin' Like The Devil (1976); Blackjack Choir (1977) and Ain't It Somthin' (1977). ROLLING STONE, and other music publications, have declared these albums American classics. During the 1980s James recorded two albums that were released by the German Bear Family Records, American Originals (1985); and Love Songs and The Blues (1989). During the 1990s, James finally released The Road To Torreòn (1992); James Talley:Live (1994); and Woody Guthrie and Songs of My Oklahoma Home (2000). He released Nashville City Blues, in July 2000, and was named Amazon.com's Folk Artist of the Year 2000. In 2002 he released, Touchstones, a re-recording of some of the classic songs from his four 1970s Capitol Records albums, and in 2004 he released Journey, a live in-concert project recorded while on a tour of Italy. In 2006 James' acclaimed first Capitol album, Got No Bread, No Milk, No Money, But We Sure Got a Lot of Love, was reissued in a 30th Anniversary edition. It was named in the Top 10 reissues of 2006 by No Depression magazine and The Nashville Scene. In August 2008 James released fifteen new songs and a re-recording of his classic, "She's The One," which Moby recorded as "Evening Rain," on his new CD, Heartsong. Simultaneously, he also released the second volume of his live 2002 concert recordings from Italy - Journey: The Second Voyage. These and his other albums all all released as digital downloads at www.jamestalley.com and on iTunes, Amazon.com, and other music download web stores around the world. Also on jamestalley.com there is a "radio and media" page, where radio programmers, advertising people, and other music professionals can download for free nearly 200 of his recordings. James performed twice at The White House for President Jimmy Carter, and at the Smithsonian Institution, and in other concert venues around the United States and in Europe. B.B. King played guitar on James third album, Blackjack Choir, in 1976, on his recording of “Bluesman,” marking the first time the legendary bluesman had ever recorded in Nashville. Johnny Cash, Johnny Paycheck, Alan Jackson, Hazel Dickens, the late Gene Clark, and most recently Moby, among others, have recorded his songs. Music author David McGee has called James Talley's work startlingly original. Legendary music producer, Jerry Wexler, said, "You remain for me one of America's greatest songwriters." CMT columnist, Chet Flippo, called him "one of the best singer-songwriters to ever come out of Nashville." James continues to perform throughout the United States and the world on a limited touring schedule, and the music on James' CDs continues to receive airplay throughout the world.