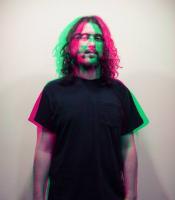 Live drumming, mixing, recording, touring, day to day managing. I love it all, and love any challenge thown my way.

I began playing the drums at the age of 9. Like many of us, it carried me into college where I played the South-eastern Rock circuit with various regional bands. After returning home to NY in 2006 I began engineering my bands and friends records. I was also playing in a few hip hop and rock bands while learning to mix records. I fell in love with the mixing and managment side of the game as I became older. I started drum teching for bands around this time for extra money and more tour experience. I have ran various stage duties for larger bands through 2009-2011 the largest of which was Snoop Dogg.

Now I manage a group here in Nashville called The Morning After Crew, I also mix and produce their records. It has been a great ride, can't wait for new experiences!