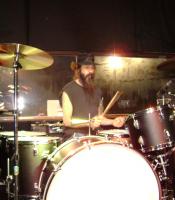 I accompany musicians / artists with my drumming, creating the very best sounds and musical experiences possible.

1977-1994, Chosen to play by providence with an instructer who demanded the best. Performed in New York and Los Angeles.

I look forward to being a continuing contributing part of the Nashville music scene and industry.