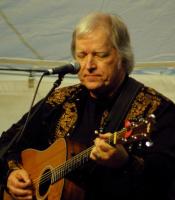 I LOVE being on the road, whether as featured performer or opening act

Dave Hawkins has recorded and performed for 40 years. He has shared stage and studio with Artists as diverse as Sam Bush, Peter Yarrow, and Jethro Tull’s Ian Anderson just to name a few.

He has toured all across the United States, Canada and Europe.

Two of his previous recordings; Hotel deVille (2002) and Manchester Mornings (2005) were under consideration for Grammy®  Nomination.

The official music video from Manchester Mornings - a song titled “If I Could” – was chosen 5th overall fan-favorite for Best Video, and 3rd place in the Music Video category at DigiFest (Milan Italy) in 2006.

Dave has a knack for engaging his audience with original songs, as well as favorite and obscure songs from other songwriters.

From small club to concert hall, Dave is an audience favorite!

Dave’s music is available online at: