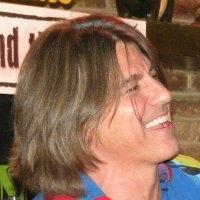 send your TWO MIX (any format)

Born September 17, 1953 in Tulsa, Oklahoma, Howard showed interest in music at an early age. His mother was the youth director at church and being there with her allowed him to hang with the big kids and be in the youth choir. This along with a fascination for the piano and Hammond C2 in the old Chapel provided early musical discovery. While still in elementary school and during the British Invasion he received a Silvertone (All-in-One Amplifier-case) electric guitar for Christmas and the journey continued. In Junior High switching then to bass, Howard was fortunate to have had available two years of music theory in High School. He continued his musical education at the University of Oklahoma and later moved back to Tulsa to pursue music full time. Eventually he joined a popular regional band ‘El Roacho’. Clive Davis signed this band to CBS Records and they recorded an album at ‘Electric Lady’ Studios in Greenwich Village. Moving from the east coast to San Francisco and then later to Los Angeles, Howard studied personally with Dick Grove completing the Composing & Arranging Program at ‘Dick Grove School of Music’ in Studio City. He began touring with legend Rick Danko of the ‘Band’ performing some memorable gigs with Rick including Carnegie Hall. In Los Angeles while playing live gigs and session work , he joined up with Frankie Valli on keys and vocals and later with Gary Puckett on keys, vocals, and music director. In the 90’s, Howard moved to Nashville while still touring and along with all the good things that come with family life in the country began a stint with a popular blues band and was voted “Blues Keyboardist of the year 2003”. Appearing on numerous recordings such as “Big and Rich” and “Gretchen Wilson” and as musical director, piano, organ, vocal and guitar duties for Gretchen. An additional list of artists Howard has worked with include list of artists include Tori Amos, Raymond Lewis 'Ray' Kennedy, Leon Russell, Andy Fraser (Free), Frankie Valli & the Four Seasons, Gary Puckett, Bill Champlin, Jimi Jamison, Deborah Allen, John Rich, Tanya Tucker, Kenny Rogers, Raul Malo, Delbert McClinton. Howard is a current member of 'Three Dog Night'