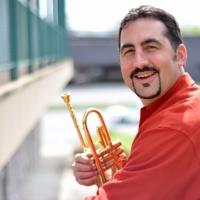 I'm a career Trumpet player, very versatile and creative. I'm at t home playing lead or as a soloist. I have several horn sections that I arrange and contract for that can provide sections for most Brass and Woodwind needs in the studio and touring.

Trumpeter Jon-Paul Frappier is a versitile and dynamic performer. He has performed and recorded professionally for over 25 years with top music industry Artists. J.P. has played, arranged and/or contracted for thousands of live shows and hundreds of recordings. His string and horn arrangements appear on the Juno award winning 2012 Platinum Recording "Fire It Up" by Canadian superstar Johnny Reid. He tours with 2015 Grammy winner Mike Farris. Jon-Paul is also a member and arranger with The Chatterbird Contemporary Classical Ensemble in Nashville. More at www.funkybrass.com

Jon-Paul has performed or recorded with: