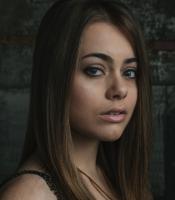 Ruby, Are You Mad at Your Man?

Kate Lee's passion and dedication has afforded her great respect in the music community as a vocalist, instrumentalist, and songwriter. Whether performing her original material as a soloist or in a band or backing up a major entertainer, Lee brings a wealth of stylistic understanding and a unique, discerning sense of phrasing to both the stage and studio. She is an energetic young woman with extensive musical scholarship and experience.

She currently resides in Nashville, Tennessee and is a founding member of the O'Connor Band along with renowned violinist Mark O'Connor, Maggie O'Connor, and Forrest O'Connor.  In January 2016, she signed with Rounder Records/Concord Music Group as part of the O'Connor Band. The group recorded their first album, "Coming Home," for the label with producer Gregg Field and engineer Neal Cappellino.  It debuted at No. 1 on the Billboard Top Bluegrass Albums chart and won the GRAMMY Award for Best Bluegrass Album at the 59th GRAMMY Awards held in February of 2017.

She and Forrest O'Connor also perform as the Americana duo Wisewater. “This is what being in a duo should feel like,” Kate says of collaborating with Forrest, a native southerner and recent Harvard grad. “I’m so inspired by him every day. I feel like we have not only similar musical tastes but also similar intuitions. The music we’ve developed together is special to me. I’m really confident in what we’ve got going.” Wisewater released their debut EP, "The Demonstration" in November, 2014.

Her music career started at age nine, when she received her first violin in her hometown of Rochester, New York. “When my parents first brought home my rental violin from the local music store, I couldn’t stop looking at it and plucking the strings,” Lee recalls. “When I finally got to start playing it, I couldn’t stop. It sounds crazy, but I knew pretty quickly that I wanted to dedicate my life to music. I feel so fortunate that I found my passion so early.”

Within several months of starting violin, Lee was studying both classical music as well as more traditional fiddling styles, including Irish, bluegrass, and French-Canadian. But it wasn’t until her father encouraged her to sing that her music started taking off. “At first, I was so focused on violin that I didn’t know I had a voice,” says Lee. “I had no idea that it would become such an amazing channel for expressing myself musically and a major part of who I am as an artist.” After she began singing, the frequency and quality of her performances increased, and she began writing her own songs. At age 12, she brought together some of Rochester’s top string players to form a band called Kate Lee with No Strings Attached.

During high school, Lee studied classical violin with Oleg Lupines and classical voice with Dr. Min Jin and Kayleen Follman, and she was a member of both the Rochester Philharmonic Youth Orchestra and the Hochstein Youth Symphony Orchestra. Meanwhile, she toured with No Strings Attached and developed a strong fan base throughout the Northeast. In 2009, she won the “Search for a Star” talent contest for her original composition and performance of “On Your Way.” As a result, she was invited to perform the song with the Rochester Philharmonic Orchestra at the world-renowned Eastman Theatre. While still in high school, Lee wrote songs for various non-profit agencies, including The Missing and Abused Children Foundation (“In the Mirror”) and The Granting Dreams Foundation (“When You Dream”).

After graduating with top honors from Webster Schroeder High School, Lee attended Belmont University as a Commercial Violin Major. There, she studied classical violin with Elisabeth Small, bluegrass and traditional fiddle styles with Tammy Rogers King and Buddy Spicher, jazz with Billy Contreras, and arranging with Dr. Jeff Kirk. “It has always been so important to me to study different styles,” Lee says of her education. “It allows me to feel confident when supporting other artists, and it also helps me understand what characterizes me as an artist.”

Lee balanced her schoolwork with an increasingly busy performing and recording schedule. She became a go-to session fiddler and vocalist during her freshman year of college, and she performed regularly at songwriting showcases at some of Nashville’s preeminent venues, including the Bluebird Café.  In 2011, Lee became a regular performer on the CMA Awards and CMA Country Christmas shows, backing up country music’s brightest stars on violin and harmony vocals.

Lee finds it important to make time to write and cowrite regularly. One of her most fruitful co-writing relationships has been with hit-songwriter Pat Alger. “Writing with Pat is such an amazing experience and learning opportunity for me,” she says. “He has an uncanny ability to envision himself in any situation and describe it in the most truthful, poetic way.  He’s taught me to study and practice songwriting as I would an instrument.”

Most of her time now is spent on the road performing as part of the O'Connor Band. When she is at home in Nashville, she stays busy writing, recording, and doing session work. “It’s such an amazing feeling interacting with an audience on stage or through a recording,” she says.  “I’m thankful to every person who has related to my songs and enjoyed my performances."