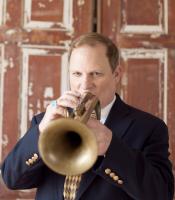 Ken Barken is an Emmy-Winning composer, songwriter, producer and musician.  With songs and compositions in films like “The Mask” (with Jim Carrey), “Naked In New York” (Martin Scorsese) and TV shows like Guiding Light, Another World, As The World Turns, General Hospital, Santa Barbara, Passions, he has been writing, producing and performing on music soundtracks for over 25 years.  Ken has also written and produced for artists and labels, such as, Curb Records, RCA, Atlantic, EMI/Manhattan, Earth, Wind & Fire, Richard Elliot, Patty Cabrera and Mary Griffin.

Ken and partners, Dennis Lambert (“We Built This City”, “Ain’t No Woman Like The One I Got”) and Leigh Robbins, founded MasterRecs, a full-service music production and placement service licensing music for TV, film, commercials, games, trailers, promos and all other media.