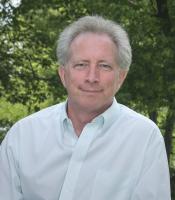 When You Wish Upon A Star.mp3

I play keyboards in a band setting or solo piano. I am expieriened in classic country, classic rock and jazz standards. Private parties, piano bars,  weddings and private events are great settings for my solo piano or trio setup.

My home studio and demo business has been active since 1993. I am expierienced at demo and cd production. I can also provide keyboard tracks and send files for your project.

Born and raised in Southeast Missouri, Kent grew up listening to Ray Charles, Hank Williams Sr., Otis Redding, and many other musical greats. Kent began playing music in bands when he was eleven years old and continued through college playing keyboards.  After graduating from college, he moved to Nashville and joined the Nashville music scene.

In 1982, Kent became the piano player for George Jones' band, The Jones Boys.  He was the band leader from 2005 until 2011.  With 28 years of touring with George Jones, he has performed and appeared on:   The Grand Ole Opry, Nashville Now, Music City Tonight, Hee Haw, The Johnny Carson Show, The Jay Leno Show, The David Letterman Show, Huckabee, Late Nite with Jimmy Fallon, Austin City Limits, and George Jones' own TNN show, "The George Jones Show."  Other artists Kent has worked for:  Conway Twitty,  Joe Diffie, Randy Travis, and Bobby Bare.

Kent is also an ASCAP songwriter and has had songs recorded by several independent artists over the years.  Some  songs from his KDG Music publishing catalog can be heard on the "Songwriter" page of his website.

Kent plays a variety of song styles on the grand piano at different venues in the Nashville area. Places he has performed in the past include Angelo's Bistro and Café Fontanella. Check out his facebook or reverbnation page to see where he is currently performing.