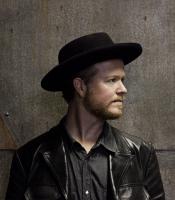 Steve Dawson is a guitarist specializing in slide, pedal steel, lap steel, dobro, as well as acoustic and electric guitars. He is also a producer and engineer.

Steve Dawson is an award-winning multi-instrumentalist from Vancouver, Canada. He has been living and working out of Nashville for the last 7 years. He is an accomplished guitarist, specializing in slide and fingerstyle guitar on both acoustic and electric instruments. He also plays pedal steel, lap steel, dobro and banjo, among other instruments. He is an award-winning producer and engineer, with 7 Juno Awards to his credit (Canadian Grammy Awards). He has 7 solo albums out under his own name, and lately has been touring as guitarist in Birds of Chicago, and as guitarist/musical director for Matt Andersen.